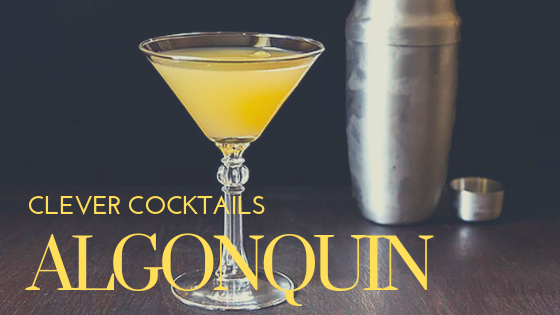 From 1919 to 1929 a group of writers, critics and actors, gathered each day at the Algonquin hotel in New York City for lunch. This daily round-table dubbed “The Vicious Circle” brought the inspirations for controversial newspaper/ magazine articles as well as other literary works from an “A” list of writers of the period. Though Martinis were the most commonly served libation at the round-table, the hotels name-sake cocktail was thought to be created around this time and was most probably imbibed by this group. The Algonquin Cocktail is a simple concoction with a base of Rye embellished with Dry Vermouth and pineapple juice. The drink was lost after prohibition, but has been revived in recent years as a slightly strong, mildly sweet whiskey based martini of sorts that has appeal to both men and women alike.

In a Shaker Glass Filled with Ice Add:

Shake and Strain into a Chilled Martini Saucer.  No Garnish.