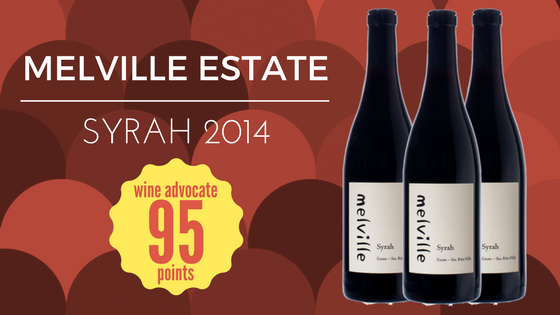 World Class Syrah from California
A True Sense of Place
Ron Melville has always been a farmer.  With a profound respect for the earth and a deepening passion for viticulture, it was in 1987 that he officially became a student of the vine.  Originally based in Sonoma, Ron quickly became known for his profound ability to let Mother Nature do her work while acting solely as a ‘Steward’ in the process of grape growing.  A unique approach that was ahead of it’s time and one that his Son, Chad would come to embrace as a Melville tradition.
In 1996, the Melville’s purchased 82 acres in Santa Barbara County because of it’s cool-climate and inherent characteristics ideal for Chardonnay, Pinot Noir & Syrah.  Pioneering the regions viticultural efforts, the Melville’s were one of the leading forces behind Santa Rita Hills earning AVA designation in 2001.  Fast-forward to today and you’ve got a 20 year legacy steeped in the philosophy, ‘We are winegrowers, not winemakers’.  For the Melville Family, honoring tradition is met by embracing the modern and it all takes place in the vineyard.
Today’s wine is the highly touted 2014 Melville Estate Syrah, which not only boasts this Family’s commitment to top farming practices but oozes with a sense of place.  By virtue of their vineyard management and a minimalist approach in the cellar, the Melville Estate Syrah is a classic wine.  Densely layered with elements of fruit, game, flowers, crushed stone, sweet vanilla and cocoa powder.  Every swirl of the glass unleashes a tornado of aromas that seem untamed at first yet with every sip, gains poise and grace.
The 2014 Melville Estate Syrah is a monumental wine that should not be missed by any California wine fan.  Robert Parker’s Wine Advocate bestowed a glowing 95 point review to this glorious red and at just 1,750 cases produced, there’s certainly a limited amount to be had.  Suggested to retail at $39.99, our Regular Price will be $36.99 when you come into the store.  Considering the price-to-quality ratio, $37/bottle for a wine of this caliber is quite the bargain.